Portion of sales will go to The Cure Starts Now Foundation 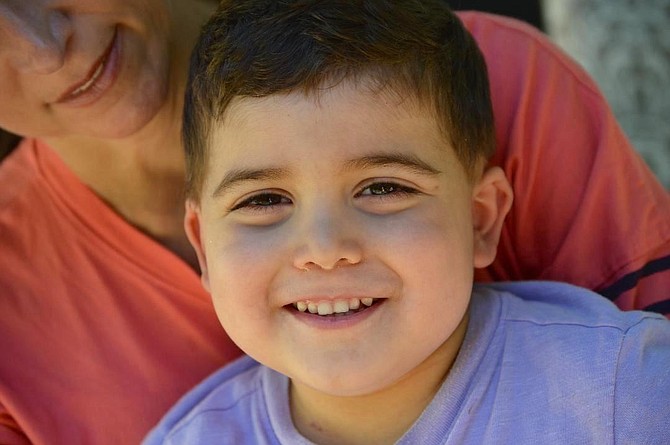 While his favorite things include flowers, Batman, and building cars, local four year old Luca has spent most of his time lately dealing with radiation, needles, and MRIs. The preschooler, diagnosed in April with Diffuse Intrinsic Pontine Glioma (DPIG), has been fighting his own superhero battle against a brain cancer that fewer than 1% of children ever survive. To keep him going through raditation, his mom, Catherine Velleco, brought him through the local Chick-fil-A for waffle fries. “Chick-fil-A was the only thing that brought a smile to Luca’s face following his daily sedation for radiation.” She wrote on a comment card in May.

When Justin Smith, the owner/operator of the Fair Lakes location found out about the family’s situation, he wanted to make Luca smile even more, and tasked his event coordinator with designing a night around Luca. Charity Casey, the marketing and event coordinator, took on the project with gusto, and now CFA Fair Lakes is excited to invite the community to join them for Luca’s Super Hero Night on July 24th from 5-8 p.m. Superhero costumes are encouraged, and there will also be a face painter, character meet and greet with “real” superheroes, and a craft for children. There will be a special superhero mobile, as well, and the superhero cow will be in attendance.

While normal spirit night events donate 10% of sales from those who identify as attending for the cause, on this night, 25% of all sales from everyone who purchases food from 5-8 p.m. will go to research for DPIG patients, so that hopefully in the future, Luca’s superpower can be finding a cure for other children, even if it’s not in time for him. The goal is to raise $4,000 for research – $1,000 for each of Luca’s four years of age.